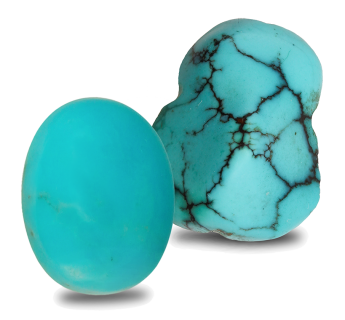 Turquoise is a mineral that is a hydrated phosphate of copper and aluminum with an additional hydroxyl ion. The Russian name of this stone - "turquoise" - is derived from the Persian names of this stone: "فیروزه" ("firuse") - the stone of happiness; "پیروز" ("piruz") - winning, giving victory due to the fact that turquoise in Russia was directly supplied from Persia.

In Europe, this gemstone has been known since the 15th century by the name "Turquoise" (English). The term is derived from German (türkis) and French (turques, turquoise) languages ​​ because the mineral was first brought to Europe (France and German-speaking states) through Turkey (Copa on the Sinai Peninsula) and through Turkey (near Nishapur). This name is officially approved by the International Mineralogical Association - IMA. Pliny the Elder referred to turquoise as "callais" (probably derived from the Greek "κάλλεϊνος" – "precious stone") in the geological and mineralogical literature, until the end of the 19th century, inclusively, and even at the beginning of the 20th century. In total, there are four main historical sources for the turquoise mining in the world - the Sinai mine, the Nishapur mine, the Mongolian and Chinese mines, the Mesoamerican mines (the USA, Mexico) - which provided the basic civilizational centers of the ancient world with this stone. Turquoise of other sources had been mined intensively, but could not compete these four notable deposits. At the moment the most ancient mines of turquoise are the source located on the Sinai Peninsula. It is being one of the proven age of the fifth millennium BC.

The blue color is due to ion Cu2+6 located in the octahedral site with hydroxyl ions and water molecules.
The green color of turquoise is due to isovalent display of Al3+6 ions by Fe3+6 ions but heterovalent isomorphism of Cu2+6 ions by Fe3+6 ions is also observed.
The presence of Zn, Cr, Ti, Ca, Ba, Be, Mg, Mn, Ni, Mo, V, Zr, Sr has also been noted as impurity elements in turquoise 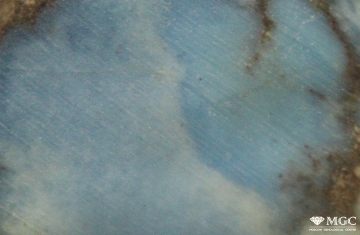 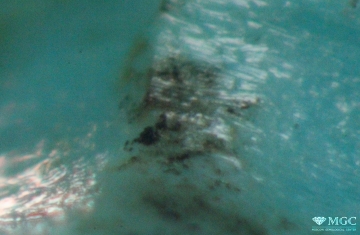 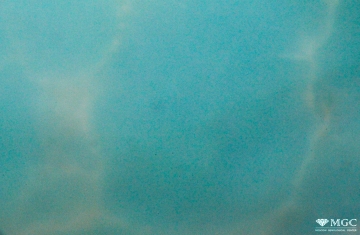 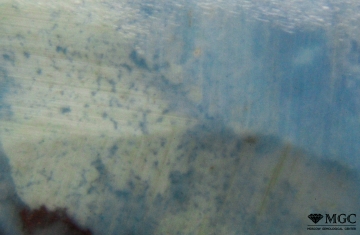 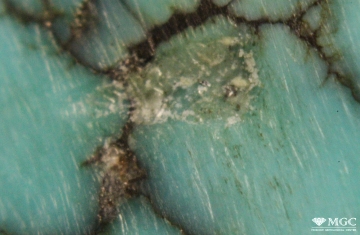 Synthetic turquoise for the jewelry industry is produced by several methods (the Hoffman method of 1927, the Gilson method of 1971, the VNIISIMS 1981, and a number of other methods).

The most commonly encountered synthetic turquoise is as follows: 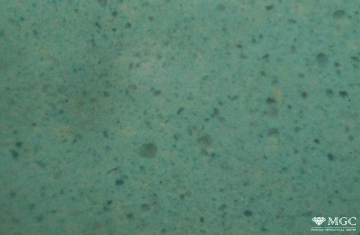 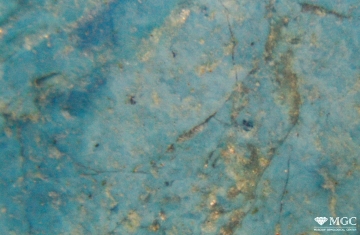 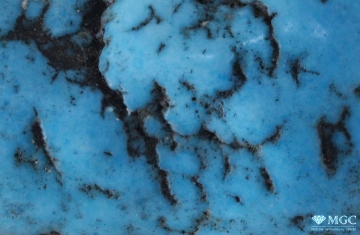 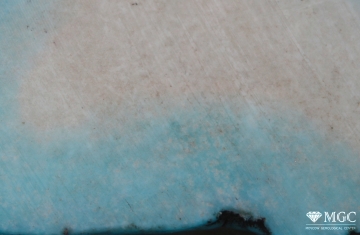 Tension of colored govlit (imitation of turquoise) in a section. View Mode - reflected light
Back 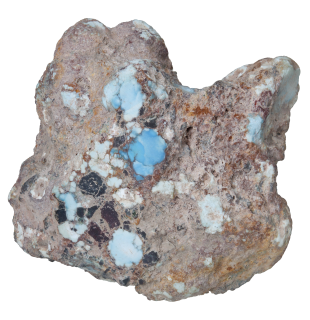