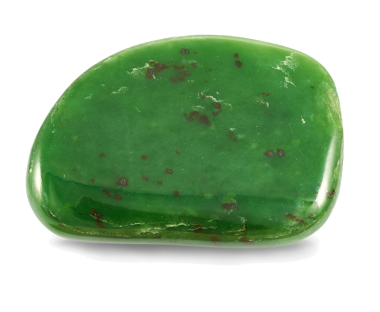 Nephrite is a jeweler’s ornamental and ornamental stone, less commonly used as decorative collection geological material. Nephrite is a rock of metasomatic genesis of cryptocrystalline (hidden fibrous) structure. It has an essentially amphibole mineral composition (more than 85%), represented by tremolite – actinolite minerals. The mineral composition of jade often contains other minerals, which may account for up to 15%. Among such minerals, silicates (talc, serpentine, diopside, titanite, zoisite, epidote supergroup minerals, chlorite minerals, and others), carbonates (calcite, dolomite), oxides (magnetite, chromspinellides), and also graphite are distinguished.
Some researchers, on the basis of the generality of the mineral composition and physical properties, refer to the nephrites as a jewel-ornamental stone, dianite, which is not entirely correct, since the main rock-forming mineral of dianite is richterite.
The name jade (the Greek word “νεφρός” - “kidney”) was introduced into use by the French naturalist and mineralogist Alexis Damour (Augustin Alexis Damour; 1808-1902), who for the first time established that gemstone jewelery stones combined by the term “greedy” (“piedra”) de ijada ”), not homogeneous in mineral composition. He separated these rocks into jadeitites composed of pyroxene-jadeite and nephrites composed of amphiboles of a number of isomorphic tremolite-actinolite miscibility.

Color: From white to green and black, with various shades of brown, yellow-brown. The green color is due to the increased content of the actinolite component, as well as an admixture of chromium and vanadium in the rock-forming amphiboles. There are pink-purple colors (mangan-tremolite) and blue shades (an admixture of alkaline amphiboles - ribekit, richterite). 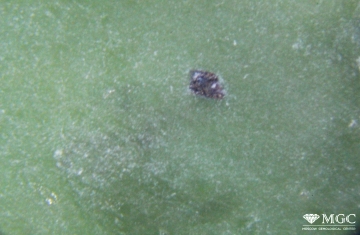 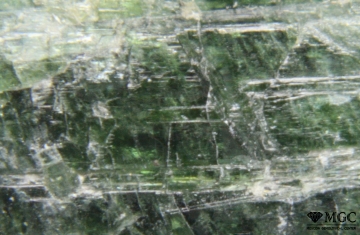 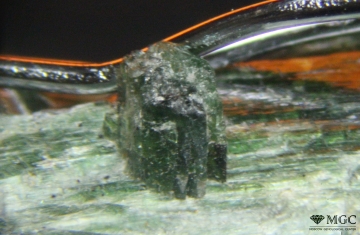 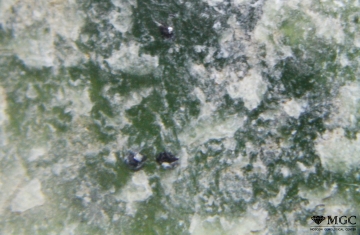 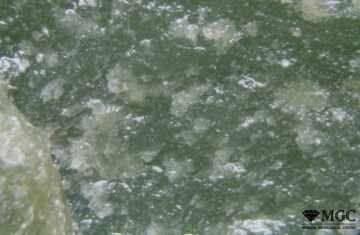 The characteristic surface of jade in the fracture. View Mode - reflected light 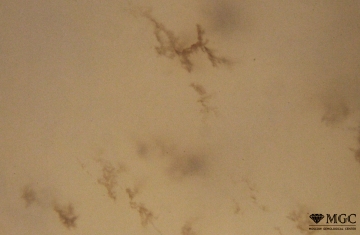 Synthetic jade for the jewelry industry is not made.

As imitations of jade are used: 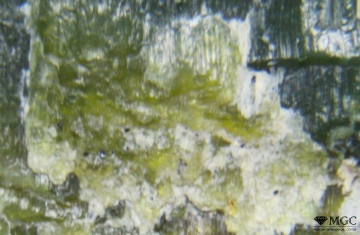