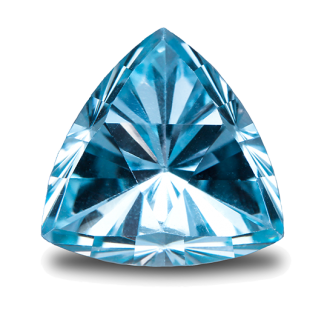 Topaz is a silicate mineral of aluminium and fluorine with the chemical formula that crystallizes in the orthorhombic system with additional anions (F- and OH-). The name "topaz" of the mineral is usually derived from the Green according to the ancient name of the island of Zabargad in the Red Sea - "Topaz" by Anselm Boethius de Boot of Brugge (circa 1550 - June 21, 1632) in the work "Gemmarum et lapidum historia", published in 1609, with reference on Pliny the Elder.

The violet color of topaz comes from the isomorphous displace of Al3+ ions by Cr3+ ions in octahedral site. An irradiation and irradiation-heat treatment may make topaz being other colors. Smoky color is due to the replacement of fluorine ion O- (leaving the structure of the silicon–oxygen tetrahedron, and forming the vacancy [SiO3]3-). Yellow, wine, blue and green color varieties are due to irradiation defects associated with the anionic complex (F,OH)-. 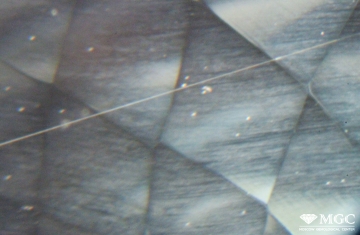 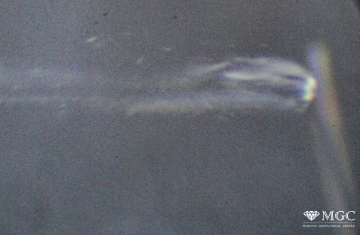 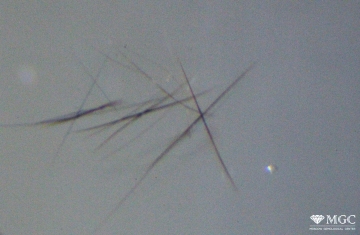 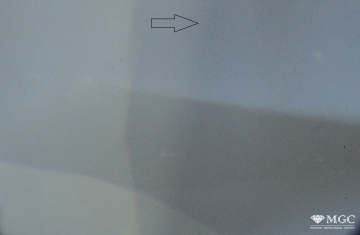 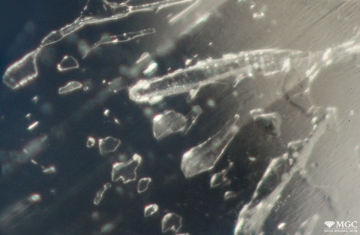 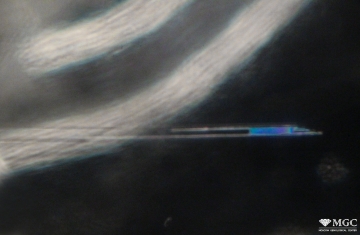 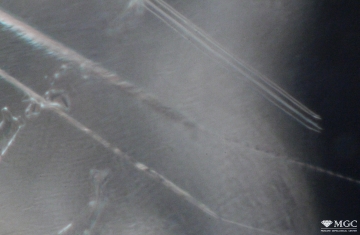 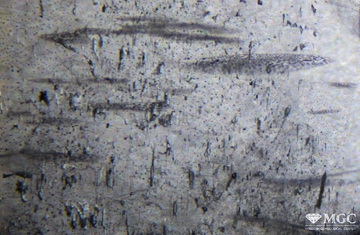 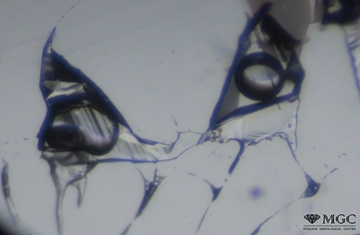 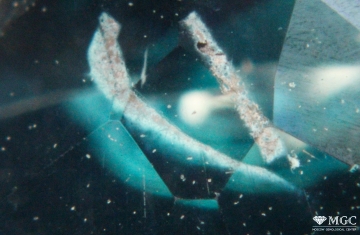 Damage to the dye layer in combination with cracks in the place of mechanical impact. View mode - dark lighting 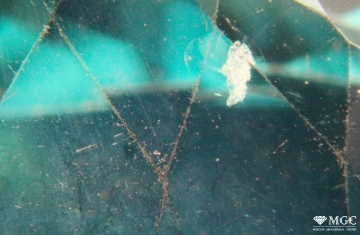 Damage to the dye layer as a result of abrasion on the edges and in the cleavage. View mode - dark lighting 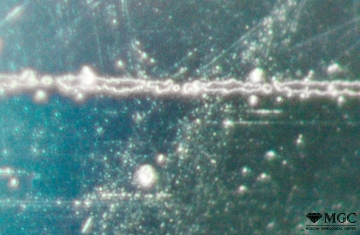 Damage to the dye layer on the edge as a result of abrasion. View mode - dark lighting 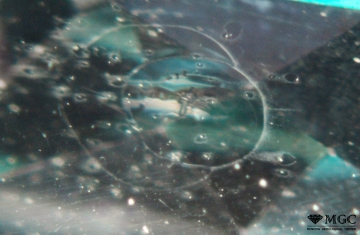 Synthetic topaz for the jewelry industry is not produced. However, there is an information on the hydrothermal synthesis of topaz in laboratory conditions as an experiment in the literature and in patent documents.

The most commonly encountered synthetic topaz is as follows: 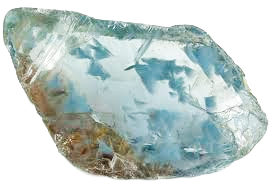